As a West Indian who grew up in the sun, I erroneously believed I would not have to worry about vitamin D deficiency. Unfortunately, the high level of melanin (which was protecting me from sun damage and skin cancer) in my skin was absorbing the majority of UVB radiation from the sunlight and inhibiting the natural synthesis of vitamin D in my body. When I was told that I was vitamin D deficient, I ran to the books and started researching why my primary physician was making such a big deal and that is when I realized the importance of vitamin D.

Vitamin D is a fat soluble vitamin (KADE). Humans produce vitamin D3 (inactive) when their skin is exposed to the ultraviolet rays (UV B) from sunlight. This process can be hampered by the use of sunblock, cloudy skies, latitude and melanin content in skin. Our liver and kidney play vital roles in converting this inactive vitamin D3 to a physiologically active vitamin D3 metabolite (calcitriol). Vitamin D can also be obtained from foods (fatty fish, beef liver, cheese, egg yolks, mushrooms). The two active forms of vitamin D are D2 and D3. Of course there are synthetic forms of these vitamins, which can be bought in pill form or obtained from fortified foods (milk, orange juice, etc.). D3 hangs around in the body much longer than D2.

Our innate immune system is a network of organs, cells, and proteins that we are born with that work together with our adaptive immune system (creates antibodies ) to defend our bodies from outside attack from bacteria, virus, fungi, or toxins (examples of antigens).

vitamin d and your immune system

The vitamin D receptor (VDR) is expressed on immune cells and research has shown that vitamin D can positively modulate the innate and adaptive immune responses. If you suffer from a vitamin D deficiency, you have an increased susceptibility to infection.

Vitamin D has been used in the treatment of infection before the advent of effective antibiotics (was used to treat Tuberculosis). In a study that looked at 19,000 subjects between 1988-1994, vitamin D deficient subjects were more susceptible to upper respiratory tract infections. Other studies have been done which show an association of increased rates of infection with low vitamin D levels.

does vitamin d lower the incidence of infection?

There is statistically significant evidence that shows that vitamin D does decrease the incidence of infection, both viral and bacterial. This is because vitamin D has a positive effect on our innate and adaptive immune responses. 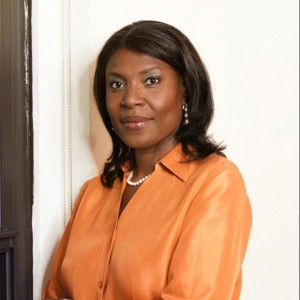